William: It seems like for some people progress is just finding something new. But unfortunately it's often the case that whenever you find something in technology that makes life easier or better like health-wise or comfort or shelter, food, clothing, communication, whatever, it also comes with a downside. I don't know if that's part of the technology or a part of humanity, that we just use anything there is for good and bad, depending on who we are or how pressed we feel, how desperate we feel. I think anyone has the potential of doing bad.

Steven: Yeah, the intention behind the progress. But isn't just what you said about making things easier, that tends to be the goal, is to somehow make our lives as humans easier. And I don't always think that's a good thing. It depends how you define easier. But in terms of science progress, that's more trying to answer questions, like science progress itself, is the robotic side. I guess the intention is more "let's do this because we can", I think, rather than "it is gonna actually advance us in any conscious or physical way". It's just "hey we're here now, let's keep going".

William: Right. We have values and goals, like everyone for themselves, but also collectively. And when new technology comes along we usually try to, well, some people try to see the new opportunities: what is now available, how will this change our outlook on life, on our purpose on our identity? But others will just try to use the new technology for the same old goals. So, I don't know if I've told you, I follow John McAfee on Twitter. He became famous through his antivirus software maybe, I don't know, 20, 30 years ago. He's a big name in anti virus. And now he is a huge proponent of cryptocurrency. So when you think of cryptocurrency, the first things that pop in your head is probably Bitcoin, digital currency, and the currency market.

William: There are tons of currencies, hundreds, maybe thousands. I don't know. And people trade them a lot to get profit, which is interesting. It's fun. There is no taxing involved because it's decentralized. The government has no access to it, at least, well even though the blockchain is public, the government cannot see who's doing what because it's all anonymized. And something that McAfee said about that was "People! This is not a toy. You can do so many great things with blockchain. Stop treating it like a toy and just making more money. That's the old way of thinking about life and how the world works. We could be so much more independent. We could be so much more free. He's an anarchist, by the way. He wants people to see their potential. And so you just reminded me of this when you said "are we using new technology to progress and our understanding of who we are and what the purpose of life is, or are we just using it for the same old things?"

Steven: Yeah, it's I guess in our current culture and society. We're very much money-based. Everything is money money money. And it's "you can't get away from that unless you've made lots of money". Like you I guess work to live and live to work. That's the constant cycle. And it's painful. There's very few ways to get out of that. Until you do, do you get to be able to explore other systems like ...? Because cryptocurrencies, I think, requires a certain amount of understanding of technology. And also the regulation of these things you say the anarchy side of it, and it having free reign, which I believe in. But at the same time, my brain contradicts that, or the culture or the psychology of our culture contradicts that: Well who's to say one person just comes along, is a genius at it, makes billions, and then writes everyone else off. How do you regulate to stop things like that from happening?

William: I know. I can't say I'm an anarchist. I see some very attractive aspects of the ideology. I'm not sure how to how do you think about it yet. I see that no matter who is in power, let's say in the industry or in government or the banks, whatever, no matter who is in power, they will abuse the power somehow, because nobody's perfect. And they're at the top level. If there's no one over them to make sure that they're going by the rules. So at the UN level for example it's just countries agreeing on stuff. They call the, resolutions, right? And then there's no way to, what's the word, legislate. There will be no repercussions if you don't keep to your promise.

Steven: Yeah, there's no one regulating the regulators.

William: Right. And so anarchists don't believe in no order. That's not the way they mean it. They believe that everyone is responsible for being orderly, for being peaceful. They have this non-aggression principle: that all interactions, and all trade in particular, should be to the benefit of both parties. There should never be exploitation. But I don't see how that could be enforced either. That's so idealistic. But I do like the point that everyone is responsible for discipline in themselves, for being in charge of themselves, and making sure that your values are harmonic in themselves and work as well as possible with those of others without forcing them onto someone else. Yeah, responsibility is the right word.

Steven: And that's hard, because how do you implement that? Because do you force people, one generation, to get that mentality into their system and then let it fly? Because how do you change the current status quo?

William: I don't know. I just know, I want influence on other people. So this could be like a microcosm of what we're talking about. Like we start to change the world by changing ourselves, and being a good influence on the people around us, like immediately around us. 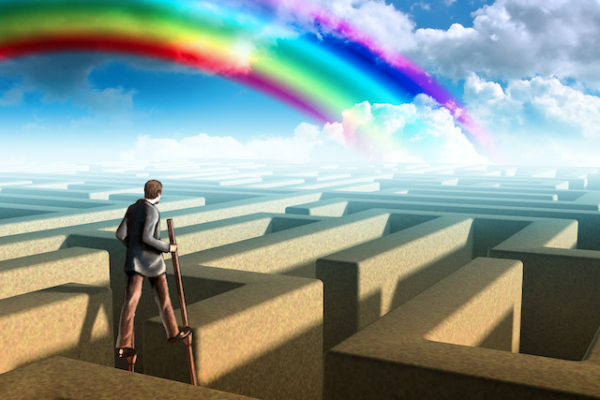